Did you get a chance to see the recent sci-fi movie Jupiter Ascending this year? A little cheesy, but still interesting and easy on the eyes for everyone with stars Channing Tatum & Mila Kunis. It was a not quite to the fantastic level, but nearly and with recent events, it keeps coming back to mind. 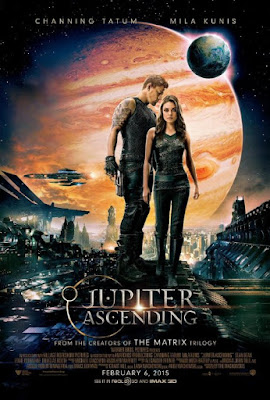 **Spoiler Alert**
So in the movie, an average girl (named Jupiter) finds out she has the same genetic code as a human who was born 19,000 years ago, but who died only within the last century. The story explains that human beings actually originated from a planet far away and only “seeded” the Earth with humans. It was almost time for harvest.
Jupiter did not understand what they meant, but one woman showed her a pool, which seemed like a fountain of youth. You go into this liquid and your body regenerates to a young twenty-something age. Later a man showed her a large room full of capsules with the glowing liquid. The man speaks to her about this fountain of youth.
He begins to explain how they discovered that human beings hold the key to our own immortality. So they seek an appropriate planet, seed it and after a few thousand years, just when it reaches full population, they harvest.
She looks confused and he handed her a capsule to hold. He tells her she can be young and completely healthy forever with this liquid. Still confused he says, “it takes the harvest of 100 human lives to make the liquid of one capsule.” She gasps, realizing what she is holding. Horrified, she struggles for breath. He keeps explaining how they harvest a planet, going in and taking the humans to extract what they need. She staggers backwards and drops the capsule; it bursts on the ground and she apologizes over and over.
**Real Spoiler Alert**
Long story short - She gains control over the Earth and saves all the people of Earth from extermination. She sees their lives having value – more than being harvested to keep a small number of humans alive for thousands of years.

Hmmmm ... So, we have this recent movie; it grips you; you are horrified too (how could they kill all those people for the sake of their eternal health?); you cheer for Jupiter and she saves the humans with great triumph!

Isn't it interesting that our culture can produce such a movie and yet be blind to the reality right in front of us? Our society allows companies, such as Planned Parenthood, to murder humans and then make themselves feel better by donating the baby parts to research companies. A counter-protestor who came to our local #WomenBetrayed rally in Rochester, MN was Rep. Tina Liebling. She was quoted in one article as saying, “In fact, a lot of the discoveries that save lives and improve lives do come from the use of fetal tissue in research.”

And tell me again how this movie is science fiction? So society tells us we can enjoy the health benefits and not worry that they can at the price of of human lives? And not even for eternal health but "potential health benefits"?

Posted by Theresa Martin at 3:36 PM 5 comments: Links to this post

The most interesting conversation happened between myself and my eldest son (now ten years old). We were folding clothes when he found a hand-me-down pair of black shorts and said, "no one wants to wear these anymore because the tag says women's."
I checked it out; sure enough! "Women's line" written right there. "Well, maybe I'll hang on to them and use them after I lose this baby weight." 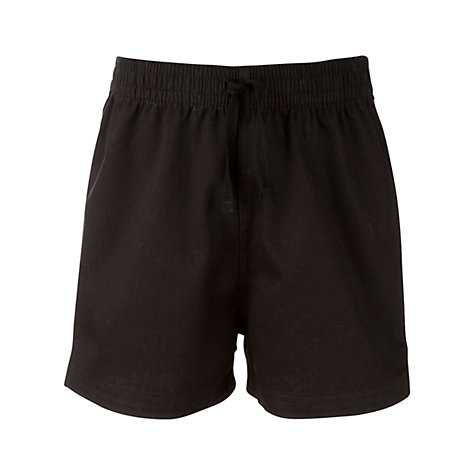 To which he said, "they look kind of small."
I laughed again, "well, look at our wedding photo there. I used to be small before I had six crazy boys!"
He sat up tall and grinned a wide, confident grin. "You're welcome!" He said and seemed so proud to have been part of such a fine endeavor. He then kissed my cheek and went to put his clothes away.
He is not burdened by the social constructs and expectations that I heap upon myself. If only I could see myself through his eyes!
#thatboyloveshismama
Posted by Theresa Martin at 6:45 PM No comments: Links to this post

It's the little things … 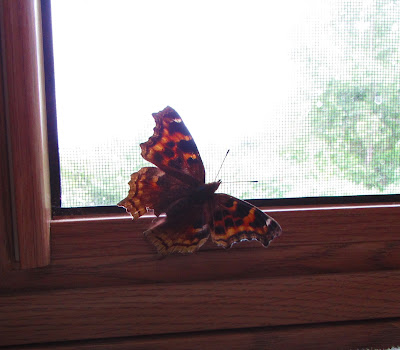 This little beauty came in with the boys and couldn't find its way out again. It kept banging into the window. The screen doesn't open on this window, so I had to coax it away long enough to close the blinds and block the view. When it couldn't see the outside, it went crazy. It flew through the room so frantically that it kept crashing into things.
Finally, it flew towards the door which we opened and, much to the cat's dismay who was eyeing it as a plaything, away it went to freedom.

How often do we bang against closed windows in our own lives?

And when the blinds come down we think all is lost.

Perhaps God is just being mercifully redirecting us to a greater life?


Something to think about when we can't break through and the darkness comes down … there is always hope.


Posted by Theresa Martin at 10:50 AM No comments: Links to this post