I'm re-posting this list New Feminism truths, because this Friday evening is a monumental occurrence! I and two other New Feminism Leaders will have our first official New Feminism Movement meeting!

Please pray for the a successful outcome of our conversations - I cannot wait to share with you how it goes! The New Feminism Movement has begun ...

I read a very disturbing article recently on the “feminist” backlash against “conservative” women in politics.  It was chocked-full of hateful slurs and name-calling.  However, what was actually most disturbing to me (because honestly sticks and stones, right?) was the statement from a liberal feminist remarking that these women are cutting off feminism “at the knee” and “setting women back decades.”  One feminist academic wrote of a conservative female politician, “Her greatest hypocrisy is in her pretense that she is a woman.”

I believe every woman ought to have a voice, whether or not they disagree with me.  Also, whether or not old feminists want to admit it, we do all share a common womanhood and can all claim to be woman.  ALL of us women share the dignity of being a woman.

Yet, these loud, “old feminists” have caused some confusion and much misunderstanding as to what the New Feminism Movement is all about.  Just the fact that there needs to be a “New Feminism Movement” must strike at the very core of their ideology, so naturally they want to bite back.

So, we’re here to set the record straight.  The following are a list of myths and the actual real Truths about New Feminism that dispel them.

1. False: New Feminism wants women back where they were sixty years ago.
True: New Feminism is not about looking back, but about looking forward.  New Feminism admits that society wasn’t in a perfect place then and there were many things that needed change.  New Feminism also concedes that in some respects old feminists of the 1960s might have had good intentions and made some positive changes for women.  However, NF believes that there were many mistakes made.  New Feminism seeks to elevate the dignity of women in society by celebrating her womanhood and building respect for her femininity.  One of the goals of liberal feminism was to use technology to rid us of gender.  NF does not believe being genderless (or actually being more like a man and less like a woman) is raising the true dignity and worth of womanhood.  NF is saddened by the pressure that women could only be “equal” if she is rid of her gender.

2. False: New Feminism is against women having careers.
True: New Feminism celebrates a woman’s ‘feminine genius’ in whatever role she chooses to live that out!  Whether she is a single, working woman, a stay-at-home mother, a volunteer, a working mother, a religious sister or any role she chooses, NF embraces the words of Pia de Solenni when she says, “whatever she does, she does as a woman not as a genderless creature.”  NF also emphasizes the beauty of every woman’s motherhood whether physical mothers or not; NF celebrates the gift of the mothering spirit that every woman brings to whatever she does.  What New Feminism does not approve of is the pressure women sometimes feel to choose having a career over being a physical mother.  This pressure comes along with a disdain for motherhood, as if being a mother, bringing life into the world is “less worthy” than a career in society.  NF is not against women having careers, but NF is against the negation of the value of motherhood. 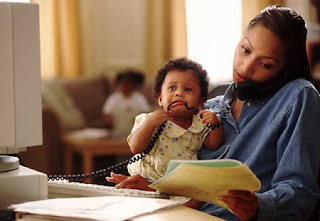 3. False: New Feminism doesn’t resonate with the average woman.
True: The pride in just being a woman is very real and dear to the average woman.  Why do songs like “Man, I feel like a woman!” and “I am woman, hear me roar!” resonate with power and pride in each woman’s heart?  Because unlike the intellectual ideology of liberal feminists, most women love being a woman!  If you would give her a choice between a world that actually elevates, greatly respects and honors her womanhood and a world that says she must be genderless or manly in order to be equal, the average woman would not take long to make that decision.  We do have a common womanhood, and the “average woman” is a lot smarter and more aware of truth than some intellectuals give her credit for.

4. False: New Feminism wants to take away women’s “sexual freedom.”
True: New Feminism wants women to be truly free.  There has been a perpetuated lie that “sexual freedom” is equivalent to women’s equality.  What is meant by “sexual freedom” is the idea that with contraception and abortion, a woman can be free to have sexual encounters with whomever she wants, whenever she wants without being “burdened” by her fertility.  The underlying ideology here scorns the womanly, and sees her ability to bear children as a burden, a hindrance to a “really fulfilling” life.  The ideology that perpetuates this pursuit of unharnessed sexual indulgence is once again, seeing womanhood, her femininity, her very body as a negative.  What this unbridled rush for sexual fulfillment misses, is that like any pleasurable appetite, overindulgence can quickly turn into addiction.  Not only are women then no longer really free but women in a life of casual sexual encounters often feels used, objectified, and pressured.  She does not feel equal nor respected.
In contrast, New Feminism wants women to be truly free.  In the support of the dignity of her womanhood, NF empowers a woman to be in control of her whole self.  NF desires women to be fully respected and be able to thoughtfully choose when to have children, but not in disdain of her womanhood but in total recognition of it.

5. False: New Feminism is not real feminism because it is against abortion.
True: New Feminism is the only real feminism because it, like the earliest feminists, is against abortion.  NF believes that a woman does not have to shed her womanhood to be equal.  Within the very nature of woman is a tendency to care and mother others.  When we tell her she must choose abortion, choose to end her motherhood of this child, in order to be free to live a “worthwhile” life, we have failed her.  Women deserve better than abortion.  NF supports every effort to support women and children and believes no woman should have to choose between herself and her child.  As one woman said, “I’ve had two babies I didn’t keep. One ended in abortion and one in adoption.  I can live with the adoption; I can’t live with the abortion.”  Abortion hurts women; we must help them have other options.

6. False: You can’t have “real” feminism if it embraces “conservative” values.
True: The New Feminism Movement is not associated with a political party, but chooses to stand with women, all women.  NF seeks to raise the dignity and respect of all women in the eyes of society as well as raising respect for what is inherently feminine. 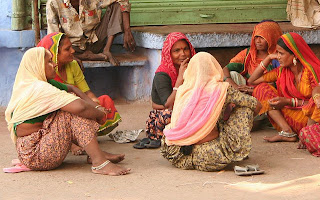 7. False: Anything with the word “feminism” is ultra liberal and against traditional values. (You see the misinformation comes from many sides!)
True:  New Feminism seeks to elevate the true dignity of woman.  If one would read through the values listed above about NF, you would find a great deal in common with traditional values.  The one thing NF is not afraid of, however, is moving forward.  Often, people holding to “traditional values” can dig their heels in to protest what they find as offensive behavior around them.  This is a stagnant understanding of the person.  Yet, if we anchor our understanding in certain truths, we can with great confidence move forward unafraid of being swayed by the times, but able to balance truth with modern necessity.

Posted by Theresa Martin at 6:34 PM