Does Sex Make Women Happy?
No, seriously!  I’m really asking this question!  Does sex make women happy?  Why you ask?  It seems obvious you say?  Really?  Perhaps, you are right.  I mean, everyone experiences that sexual desire, a desire that longs to be completed and actualized.  It’s a potential happiness that pulls us and beckons us, and it would seem that with such a great yearning implanted in us, that the fulfillment of such desire would bring happiness.  Yet, still I ask, does sex itself actually fulfill that longing and desire for women? 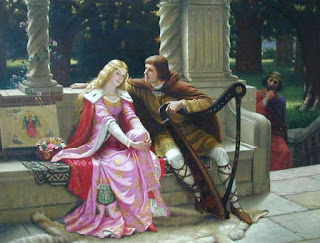 We are told that sex does make women happy.  In fact, we are told over and over and over and over that it does.  Magazines tell us, movies tell us, tv shows tell us, even news personalities joke about it as an obvious reality; they can’t all be wrong.  Can they?  Guidance counselors, teachers, even some parents pass on this obvious fact that sex makes everyone happy, of course it would be true for women, too.
This is why they give out condoms and birth control pills in school, because of course children will be having sex; it’s a given.  You must assume that behind the “of course they are going to do it” is an idea that “sex is good and fun and irresistible for all.”  Really?  Does sex really make women happy?
I know I’m being annoyingly redundant here, but we need to shake ourselves out of this circular thought process.  Stop for a moment and just think about it.  Does sex make women happy?  Does sex make young ladies happy?  Well, if ‘I think so, yes’ is your answer, then why?
Sex feels good.  Okay, granted; it feels good.  Yet, does it always feel good for the woman?  Does she always have a partner who pays particular attention to her sexual needs in order to allow her that climactic pleasure that is easily achieved for men?  If she does not have a monogamous, longterm relationship, then chances are sex for her is a hit and miss.  Sometimes it’s great, sometimes just ‘so-so,’ and other times not very good at all, leaving her emotionally empty, which is the exact opposite of the happiness she sought.  Many times this is why alcohol or drugs are thrown into the mix as well, because sex alone is not enough.  (That’s a depressing thought, but anyway, moving on…)

So does sex make women happy?  It certainly has the potential to do so, but it can also have the potential to destroy her.  Its power is harnessed towards love, though, within that committed relationship, which is where the woman finds the most happiness.

Get the book! Woman How Great Thou Art!  Order on amazon today!