(This post is a smidge longer than normal, but the topics themselves could be covered in an entire book!  So, hopefully I go into it enough to pique your interest, but not too much to overwhelm ... hopefully! ;-)

I would never have called myself a “girlie-girl” growing up.  I thought of myself as strong, tough, not frilly.  I was much better at karate than I was at ballet.  Lace and ruffles would never see the light of day on me and my classic blacks resonated that tone.  (It’s funny, I think over half my wardrobe is still black!)

However, lately I’ve seen this phrase in a new light.  G. K Chesterton has a great quote about a thing being most perfect when it is utterly what it is:

“I like the Cyclostyle ink; it is so inky. I do not think there is anyone who takes quite such a fierce pleasure in things being themselves as I do. The startling wetness of water excites and intoxicates me: the fieriness of fire, the steeliness of steel, the unutterable muddiness of mud. It is just the same with people.... When we call a man "manly" or a woman "womanly" we touch the deepest philosophy.”

To be a “girlie-girl” then is to be who you are as woman in its fullness!  A girl or woman who is completely womanly is perfection.

Now, I’m not about to don ruffles, but it’s embracing the “feminine genius” in yourself as Blessed John Paul II spoke about.  That feminine uniqueness, that womanly spark is a richness that makes her so totally girlie – a woman who exudes womanliness.

The world needs women like this.  Too often, women feel a need to change themselves, to conform to the standards the world has set in order to “fit in” or “succeed.”  Whether it’s altering her appearance (into a no-nonsense businessman to prove she is serious on the one hand or into an object to be lusted after on the other), altering her priorities (putting business ahead of relationships, for example) or even altering her very own feminine body by destroying temporarily or permanently her fertility, she is admitting that she is not good enough. Yet, she IS! 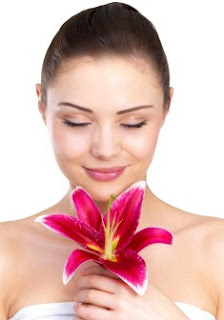 I want to shake my fist at earlier feminists, “WHY DID YOU SETTLE?!!”  Here society was on the verge of a new era and instead of demanding feminine qualities be respected and honored and that society must change in order to do that, they said, “Please! Please! Let us play!”  And the response was, “Well you will have to prove you can be one of us, but fine, I guess.”  So they ran ecstatic into the arms of those they claimed to be rebelling against, casting all femininity aside in order to gain access and power in the corporate and governmental world.

As if that wasn’t bad enough, there is a whole level of catastrophe occurring all around us on a deeper, though very basic level.  On a physical level all this suppressing women’s femininity and fertility is dangerous and downright detrimental to our genetic make-up of future generations.  Vicki Thorn, founder of Project Rachel, gives an eye-opening presentation on the BIOLOGY of the Theology of the Body.   Did you know that men and women are different down to our genes?  (The next few paragraphs are just a sampling of what I learned from watching a DVD of hers; for more info, you’ll have to get the DVD yourself!)

For example, we normally say women and men think differently.  Our brains are actually differently formed, so we do, in fact, actually think differently.  You’ve heard the analogy that men think like waffles and women think like spaghetti, right?  Men are very compartmental in their thinking and focus on one thing at a time and even have times where they can blank out.  When men are stressed, they have a beer, watch a game, then are back on track and can hear again.  Women think like spaghetti.  Every thought and concern is always intertwined and she is constantly thinking about several things.

Anthropologically, men were hunters.  They were single-minded, single-issue, highly acute concentration, and not easily distracted, which helped them stay alive and propagate the species.  Women were and are about community, about being interconnected.  We women can keep track of a number of things all at once and even get an emotional lift from interacting with other women.   Thorn says that “women are super highways of emotions and men are country roads.”  Yet, men’s brains are larger, but women’s are more dense having lots of criss-crossing of neurons, many spots of connection.  This is why if women have a stroke, it’s potentially a lot easier for them to recover because there are other connections that can take over.  If a man has a stroke and it hits the language there’s only one other spot of connection in his brain that could help that recover.  This is why it is more difficult for men to recover from traumatic events.

So, down to our biology, we are so VERY different; and, yet! – we were created to complement and physically affect each other.  Vicki explained that we all give off what are called pheromones, molecules of affiliation that our body puts out.  80% of us are capable of perceiving pheromones.  Women pick up the pheromones of other women they are around most frequently and this is why they end up cycling together.  Chemical contraceptives change our pheromones and our response to pheromones on several levels.

There are different pheromones a woman puts out when she is ovulating and men sense these pheromones.  As the husband and wife live in a monogamous relationship, the man’s testosterone rises and drops with her fertility cycle.  When she is pregnant, his testosterone is at a lower level and he actually becomes more calm, more domestic.  On the same note of affecting each other, the sperm from a monogamous relationship (because it takes around six months for her immune system to accept it) actually acts as a natural anti-depressant for the woman and also has nutrients that improve the health of her uterus and cervix.  Gender is so very important!

There was an interesting study that Ms. Thorn cites (that I will get more details on soon) but it was among apes.  There was one male and many females.  The male ape had three favorite females he would go to for sexual intercourse.  Then the scientists put those three females on hormonal contraception and he abandoned those and chose three others.  Then they put all the females on contraception, and the male’s testosterone levels dropped by 50 %, he began to masturbate excessively and rape violently.  They took all the females off the pill, and the male went back to his three originals and everything went back to normal.

Ms. Thorn also explains how male fertility has decreased 50% since advent of the pill for different reasons.  First, there is estrogen in water system; men have way too much estrogen in their bodies.  Also adding to the problem is the estrogen in meat.  We don’t know what kind of impact this will have, but it is changing all of us.  Second, the pill affects how we perceive pheromones.  If not contracepting, a girl meets a guy and he smells nice.  This is the “first cut” on finding a mate.  This is actually a basic biological reaction that means he’s compatible to her immune system.  (Again, for more details on that, you’ll have to buy one of Vicki’s DVDs!)  If we are among the 20% incapable of perceiving pheromone signals or if we are contracepting, our signals are confused.  We then choose someone not compatible to our immune system and fertility of such a couple is greatly reduced.  The pill also interferes with the mate choice.  Women who are chemically contracepting choose “Mr. High Testosterone”; however, women not on pill, choose someone a little softer, “Mr. Nice Guy.”

Ms. Thorn also cited Alexander Sanger who is Margaret Sanger’s grandson (yes the founder of Planned Parenthood).  Alexander Sanger wrote a book called “Beyond Choice.”  Thorn recalled, “He said in it that ‘the pill is horrendously bad medicine not only to the woman but to society, because we have tipped our fertility in a way we will never recover.’  It isn’t that you wouldn’t love this person, but if you are trying to conceive, you are more likely to have miscarriages, problems conceiving and fertility failures.”  (Just fyi, Mr. Sanger is still a pro-choice advocate and Chair of Int’l PP Council despite his thoughts on the pill.)

I could go on and on, but this is getting long enough! :-)

Ms. Thorn believes that having a population heavily male in the majority (like China because of the sex selection abortions) will lead to war.  So much testosterone without the balance of the feminine is dangerous.  Humankind was created to have slightly more women than men, and we are messing the proper balance of the human race.

This physical/ bodily reality echoes back to the moral reality of women living out their feminine genius to balance society.  Perhaps, one day, we could create a more balanced culture, one which balances masculine and feminine, one which compassion and understanding rank higher than self-asserting pride and aggression.  Is it any wonder that societies in which the women are almost completely covered are also the most aggressive? 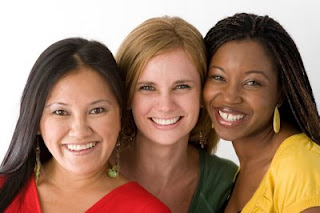 Let us raise up women, not to just play the game but to change the rules! It is time to unleash your inner girlie-girl!

Oh! & Stay tuned! my book, "Woman, How Great Thou Art" will be released in eBook format in just 7 days! (Paperback coming in January!)