Before our next two stories, a preface must be made.  I would like to share with you a theory… an I idea that I am not sure I am convinced of yet, but one I cannot let go of.  Ever since I first read it, it has been echoing in my mind like a half-remembered dream.  It holds such promise, ringing truth throughout every breath of my experience of life; and yet, I cannot fully grasp it to know for sure.  Like all beauty, it’s a mystery – longing to be known, fully comprehended – but just out of our full grasp. It begins with a beautiful word: mother.  We all understand the impact of motherhood on the woman and child.  Though I believe the value of the “mother” has been belittled and berated in the public view in the last 40 years, there is still no denying the bond a woman forms with her child – first in the womb, and then in her arms.  They have even discovered that a woman’s body holds onto some of her child’s DNA.  She truly has a piece of him or her with her almost as long as she lives.

The theory is that “motherhood” is a woman’s way of being in the world.  “Womanhood” is who she is, but “motherhood” is how she relates to the world.  Whether she is a physical mother or not, she expresses that motherhood in all she is.  She gives herself to others; she cares about their emotional needs; she gives even forsaking herself; she loves before judging; she seeks to understand and develop relationships; and she breathes life to those around her.

From falling in love with the wrinkled newborn in my arms, to empowering women to believe in themselves, to giving peace to the wound of a broken marriage, in every aspect of my life (with my children, the women with whom I work or the couples we minister too), my motherhood is actualized.

Again, my mind is not completely around this, and so I have more questions than answers.  What does this mean for God’s role in woman’s life?  In physical motherhood, He touches down into the body of woman and creates a new soul there.  If that is motherhood, when we live out our spiritual motherhood might there be a special divine grace to bring new life to each relationship we encounter?  Doesn’t this glorify even more the greatness of physical motherhood?  Does this mean without a greater value placed on motherhood in society, women will never have true equality?  With this view of motherhood, doesn’t it seem not to only go beyond the walls of the domestic life but demand that women take a greater role in the leadership of society?

And that is where we must leave it.  A mystery unsolved, but many ideas to ponder as we will hear, in coming posts, women share their motherhood. 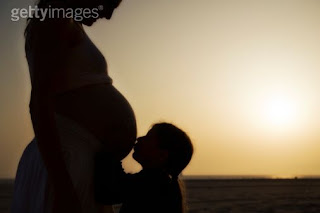 There is such a stark contrast in the world.  On the one hand, deep inside we all know the greatness of motherhood.  And on the other, a woman without a career who chooses to be a stay at home mother is brushed aside as less than human…unsolved mysteries indeed.

That's my view of it and I welcome yours!  Please comment below!