(Today’s post is a little longer than normal, but only because there is so much to share!  New feminism IS rising!!  First culture updates and then another contributing author’s story!  Enjoy!)

There is a wonderful story for you today about a woman longing for motherhood.  Permit me, please, to share with you first some interesting conversations about the nature of woman and motherhood going on in our world.  Both womanhood and motherhood have recently be under attack this week, but also defended. 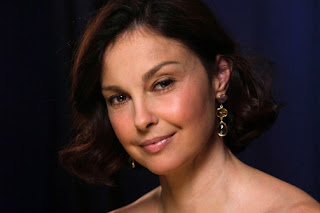 Actress Ashley Judd actually wrote an op-ed piece about the comments people were making about her “puffy face”.  She was horrified that there was no assumption of goodness, but instead all they wanted to know was whether she had plastic surgery.  She wrote powerfully,

“The Conversation about women happens everywhere, publicly and privately. We are described and detailed, our faces and bodies analyzed and picked apart, our worth ascertained and ascribed based on the reduction of personhood to simple physical objectification. Our voices, our personhood, our potential, and our accomplishments are regularly minimized and muted…
The only thing that matters is how I feel about myself, my personal integrity, and my relationship with my Creator…
I choose to address it because the conversation was pointedly nasty, gendered, and misogynistic and embodies what all girls and women in our culture, to a greater or lesser degree, endure every day, in ways both outrageous and subtle. The assault on our body image, the hypersexualization of girls and women and subsequent degradation of our sexuality as we walk through the decades, and the general incessant objectification is what this conversation allegedly about my face is really about…” [i]

I love that she is bringing this up!  I believe that we, as a society, are beginning to see how this is not good for women!  And even on MSNBC, there was a discussion about a new show “Girls” and the idea that pornography and that women could “have sex like men” has been unfulfilling and demeaning for women.  “It’s easier to find equality in the boardroom than in the bedroom” was one of my favorite lines.[ii]  Yes!  That is what they said!

And again, as we had mentioned in last week’s Unsolved Mysteries post, stay at home mothers have gotten slammed.  A democratic strategist (Hilary Rosen) dismissed Ann Romney’s knowledge and insight into women’s issues by saying “she has never worked a day in her life”.  Not only has Mrs Romney raised five sons, but she has also survived cancer, deals daily with MS and is a volunteer for many nonprofit groups.  She fought back saying that a woman’s choice of career should be supported and worthy no matter what she chooses – even if she chooses staying home with her children.

To his credit, President Obama actually commented as well,
“There is no tougher job than being a mom," Obama told a TV station in Cedar Rapids, Iowa. "And when I think about what (my wife) has had to do, when I think about my own mom, a single mother raising me and my sister, that's work.
"So, anybody who would argue otherwise I think probably needs to re-think their statement. More broadly, I don't have a lot of patience for commentary about the spouses of political candidates.” 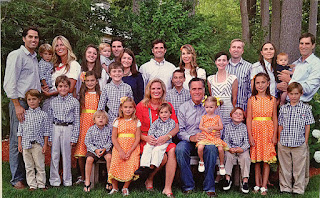 It is so good to have this discussion, because many have underlying sentiments like Ms Rosen that undermine the value of motherhood.
And yet, what happens when we pine for physical motherhood and it doesn’t come?  Where is our meaning found when that’s all we’ve been hoping for?  Emily is a friend of mine who I met while in Washington, DC.  She currently lives with her family in Dallas.


WITHOUT FURTHER ADO, here is her story,

“Eight….that’s how many kids I wanted….well, maybe 12. I had all their names picked out – Katerina, Tatiana, Oksana (I loved those 1992 Olympians!), Scarlet (I had just read Gone with the Wind) …yep, I had it all figured out in 8th grade. Who knew that 15 years later it would be so hard to even have one baby?

Infertility never crossed my mind. I’m sure it crossed my husband’s. He’s the worrier. But, me, nah….I wasn’t worried - my family is huge! I’ve always prided myself on having well over 40 first cousins. Having babies would be no problem. Sure, we might worry about them coming too soon or too close together, but we would certainly have them.

As it turned out, it wasn’t so certain.

I knew early on, once we started trying, that it wasn’t going to be just a matter of months before we conceived. I could just feel it deep inside. As time wore on, there were some very, very dark days and nights. Eventually, we sought professional help, but were haphazardly treated for infertility with no answers as to why we couldn’t conceive. Spiritually and emotionally, I was on a roller coaster. I wondered “why me?” and “what did I do wrong?” I thought that perhaps if I could just be a better wife or if I strengthened my prayer life, then God would give us a baby. Sometimes I caught a glimpse of my husband’s pain, and it reminded me that I wasn’t the only one hurting. But, often I felt alone. I hardly ever talked to anyone about why we didn’t have children. I didn’t see anyone else in my position….I could only see my pain.

But somewhere in those years, I learned to get over myself (mostly), and I realized that children are a precious gift. You can’t demand a gift – it is freely given from another. Sometimes you get lots of gifts and sometimes only a few. And sometimes you don’t get any at all.

Society never warns you about infertility. Women are encouraged to get on the pill and men are told to be responsible and carry a condom. Children are welcomed when they are “wanted,” but not before. Unwanted children are discarded and, many argue, better off never being born. And little attention is given to the role that hormonal contraception, STDs, abortion, and delayed parenthood play in infertility. Society tells us to go ahead, have fun with your body while you are young and when you decide you “want” children, we can make one for you – in your womb, someone else’s womb, or a petri dish. 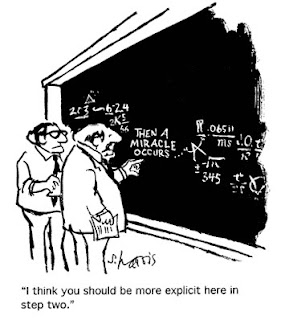 We were lucky because our faith had a lot of things to say about marriage and family and babies. We had guidance on how far we should go in our desire for a child. Someone close to us, after going through the pain of an unsuccessful IVF treatment, said we were lucky that we had a faith that taught IVF was wrong…because at least we had boundaries. She and her husband tried IVF again and were, again, unsuccessful. I can’t help but think that if every option is fair game, it must be very hard to say no to a treatment that might make you a family. We were lucky – we did have guidance and boundaries, and I was grateful.

In Donum Vitae 8, the Congregation for the Doctrine of the Faith says: The child is not an object to which one has a right, nor can he be considered as an object of ownership: rather, a child is a gift, "the supreme gift" (Pastoral Constitution Gaudium et Spes, 50) and the most gratuitous gift of marriage, and is a living testimony of the mutual giving of his parents. For this reason, the child has the right, as already mentioned, to be the fruit of the specific act of the conjugal love of his parents; and he also has the right to be respected as a person from the moment of his conception.

Finally, we got in touch with people believed just this - that children have a right to be conceived within the loving embrace of their parents. They aren’t in the business of baby making – they are in the business of finding the root cause of infertility. And, as it turns out, they back their beliefs with top notch medicine. We traveled across the country for diagnostic surgery and discovered I had severe endometriosis. Six months and a second surgery later, I was endo free. From 3 states away, the good doctors and nurses of the Pope Paul VI Institute (link to: http://www.popepaulvi.com/) monitored my hormones and adjusted my medication. With the guidance of a FertilityCare practitioner (link too: http://www.fertilitycare.org/), my husband and I tracked our fertility using the Creighton Model. We were in good hands.

And then….it happened. We got pregnant. When I found out, I laughed. I laughed and laughed and laughed. I felt like Sarah when the three angels told her that she would bear Abraham a child. She laughed. After so many years of married love without a child, it seemed funny to me too. On our seventh anniversary, we heard our son’s heartbeat for the first time. At seven weeks, he looked just like a bean, but he had a heart, and it was beating. I cried. 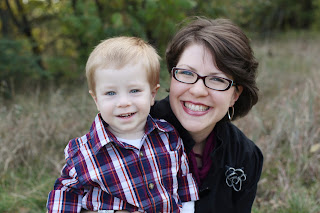 Children are a gift. Sometimes they come fast and sometimes they come slowly. Sometimes they don’t come at all. Somewhere in those years of infertility, I began to feel like a mother because my heart was open to the possibility of a baby. When I loved my husband, it was with the love that yearned for our love to grow into another. When our son was born, he was the embodiment of that love. But, even if we didn’t have our son, I’d still have that mother’s heart – a heart open to love beyond myself. As John Paul II says in Mulieris Dignitatum 31, In the Spirit of Christ, in fact, women can discover the entire meaning of their femininity and thus be disposed to making a "sincere gift of self" to others, thereby finding themselves. I am grateful that I had to wait to become an actual mother. I don’t think I would have appreciated my son or my husband or God as much if we had gotten pregnant easily. I think it took me much longer to learn that we only find ourselves in losing ourselves…that when we make a sincere gift of ourselves and expect nothing – not even a baby – in return, we are more like God than we know.”  - Emily from Dallas.

And I will leave it at that!  Thank you, Emily for sharing!

Wow, true feminism being demeaned and defended! in our culture and a beautiful story of a woman's motherhood, spiritual and physical - what a lot to ponder!

That’s my view of it and I welcome yours!  (Please comment below!)
If you have liked what you’ve read – please share the blog!  Thank You!